How to Become A Race Car Driver (Part 1)

Once people discover what I do for a living, their next question is almost always something along the lines of “Man, I always wanted to race cars! How were you able to turn that into a living?” I smile and give them an abbreviated version of my story—the tip of the iceberg if you will. But, since I have your undivided attention, I'm happy to share with you the whole story. My hope is that it will provide a road map for young drivers seeking to navigate the path to professional racing.

Most people assume I started racing before I learned my ABCs. Although I wanted to be a professional driver from an early age, my first opportunity to race competitively didn’t come until I was 20 years old. For now, let's start at the very beginning.

I grew up in Colorado Springs, Colorado—raised by a single mother who bounced from job to job to support my younger sister and me. When I was a boy, I remember desperately wanting a go-kart, but there wasn’t much money for things like that. At the time, I didn't know that go-kart racing was anything more than an idea in my head. Plus, the only local racing event I was aware of was Pikes Peak Hillclimb. Luckily, I had access to something even better—my uncle Steve.

Growing up, Uncle Steve was my father figure. He was a Vietnam Vet with a passion for motorcycles. Just about every day after work, he’d be outside working on his bikes, and I’d be right there next to him trying to soak up everything I could about setting the carbs or tensioning a chain. On the weekends, Uncle Steve and I huddled near the TV to watch MotoGP, World Superbike, or the Isle of Man TT. I idolized the riders risking life and limb with nothing but a few millimeters of leather between them and the pavement. Because of this early exposure, I initially wanted to be a motorcycle racer.

Here’s the thing about growing up without my dad in the picture that I didn’t understand at the time. I subconsciously sought out approval from the men around me that I admired. I just wanted to make someone proud. Because I looked up to my uncle so much, his approval meant everything to me. Somehow, I thought if I could become one of the racers on the TV screen, he’d be proud of me. This was the catalyst that propelled me toward racing.

You might be wondering why I’m mentioning all this. Well, it's because I want young drivers to stop and consider the reason they're choosing a career in racing. Are you doing it for yourself or someone else? It wasn't until Uncle Steve passed away that this question hit me like a ton of bricks. I realized he was the reason I became a racecar driver, and after he was gone, racing lost all meaning to me. For a time, I considered walking away from the sport altogether—that is until I came across an ad in an automotive magazine.

It was a full-page spread for the Bondurant School of High-Performance Driving. If you managed to get through their infamous four-day Grand Prix road racing course, you automatically qualified for your SCCA racing license. I knew if I could figure out a way to take that course, I’d be on my way to racing stardom. There was just one small problem—the enrollment fee was nearly 4,000 dollars! Thankfully, I learned that if you worked for the school and made it through the initial 90-day probational period, you could take the class at no cost. How do you get a job at a racing school with zero racing experience?

I figured my best chance was to become a mechanic and hopefully get a job maintaining the cars at the school. I dropped out of high school and enrolled at Universal Technical Institute in Phoenix because the Bondurant School was just down the highway from campus. I packed everything I had into a beater Mustang I built myself and headed to Arizona. Every couple of weeks, I’d drive to the Bondurant School to pester the shop manager for a job.

After about a year of nagging, they relented and offered me an entry-level mechanic position. Even though my position paid a meager $7.25 an hour, it felt like I had won the lottery. This was my chance to break into the world of professional racing, and I was determined to give it my all. Thankfully, my first 90 days as a mechanic passed quickly I was allowed to enroll in the four-day Grand Prix class free of charge.

Stay tuned for the second part of this series and find out if I made it through the Grand Prix road racing course! 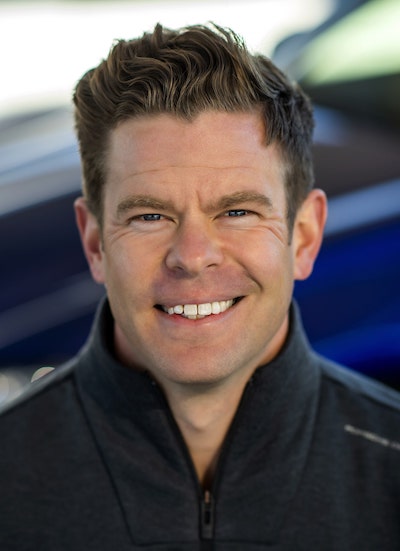 Andy has extensive experience as a professional driver coach & driver with over 100 professional race starts under his belt. He is excited to put his years' of motorsports industry experience to work helping you become faster and safer on the track.

Subscribe to our email newsletter and stay up-to-date on all things OpenTrack! We'll cover any topics related to track-driving & HPDE, as well as the occasional insurance tip.

READY TO GET BEHIND THE WHEEL?

Get a Free, Instant Quote!

In a few simple steps, you will see our recommended coverage options for you. Bind instantly and even purchase insurance same-day, live from the track.

So You Made A Mistake At The Track... What To Do Next

Whether it’s your first track day or you’re a seasoned HPDE pro - mistakes happen; we’ve all done it.  You're suddenly off t.

END_OF_DOCUMENT_TOKEN_TO_BE_REPLACED

I’m not sure why, but from the very beginning of my racing career I fell in love with using apex curbs.  There’s a high leve.

END_OF_DOCUMENT_TOKEN_TO_BE_REPLACED

Welcome to the OpenTrack Blog

The odds are good that if you’re reading this post, you’re more than familiar with the adrenaline rush that comes with not  .

END_OF_DOCUMENT_TOKEN_TO_BE_REPLACED

OpenTrack protects and enhances our customers passion for driving. Our Drive program helps drivers to Drive More and Drive Better by providing insurance and driver coaching for the non-competition track community.